We are giving away a pair of tickets to Tony Starlight’s Tribute to Elton John on June 1. To win, comment on this post: “What’s your best Elton John memory?” Our favorite answer will win dinner and show tickets for two! Winner will be drawn and emailed Thursday, May 30. 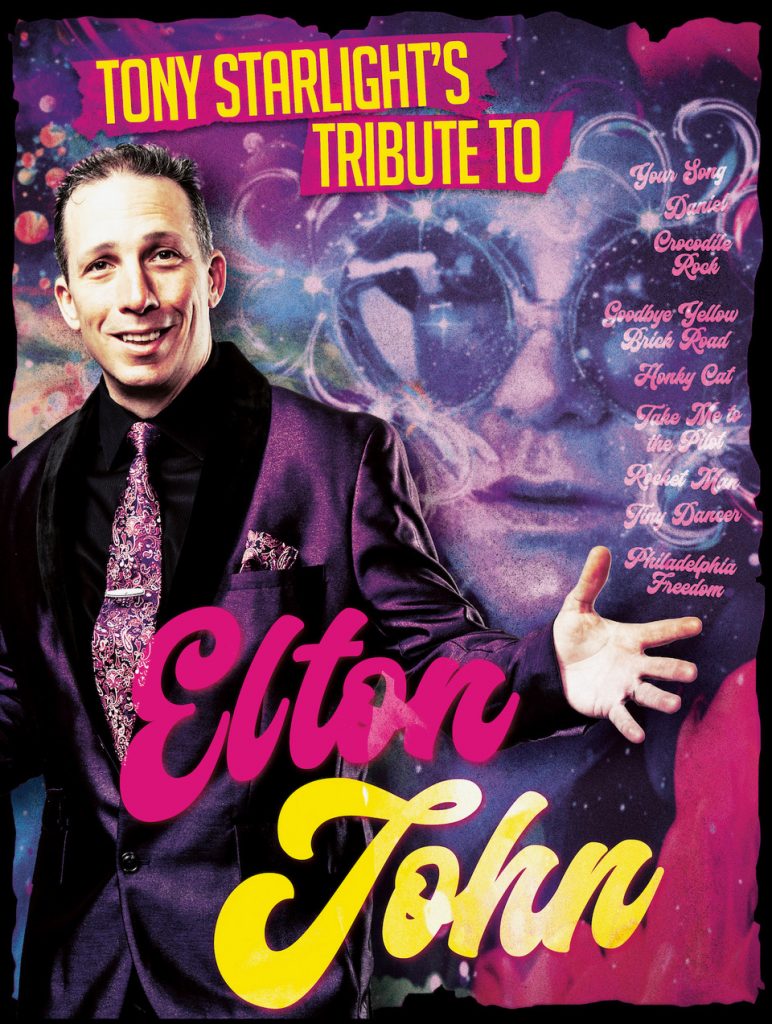 Grab your funkiest set of glasses and join Portland entertainer Tony Starlight for a one-night only Tribute to Elton John. The event, held in conjunction with the release of the Elton John biopic Rocketman, will take place on June 1 at the Tony Starlight Showroom, located at 1125 SE Madison St. in Portland. Doors open at 6pm for dinner, or 7pm for the show only.

“Along with the great lyrics of Bernie Taupin, Elton John created and performed some of the best pop music the world has ever known,” explained Tony Starlight. “It’s only fitting to celebrate this flamboyant superstar’s long awaited biopic with a musical extravaganza.”

Tickets, which include a three-course meal and the show, range from $65 to $75. A limited number of show-only tickets are available for $30.

About Tony Starlight
Tony Starlight is an accomplished and celebrated entertainer who specializes in song parodies, impressions of pop icons and tributes to pop culture phenomena. Having performed alongside well-known comedians such as Sarah Silverman, Zach Galifinakas, and Steven Wright, Starlight combines his comedic wit with his impressive musical prowess to create performances that have made his shows a Portland nightlife destination. The Tony Starlight Showroom is the premiere live music and comedy venue in the Northwest, and the closest thing to a Vegas show in Portland. This year marks the 26th anniversary of the Tony Starlight Show.