We are giving away a pair of tickets to Rhett Miller – Acoustic @ Aladdin Theater on May 24. To win, comment on this post why you’d like to attend. Winner will be drawn and emailed Monday, May 20. 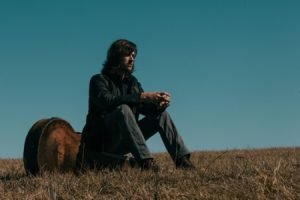 Lead singer of The Old 97’s Rhett Miller’s solo album, The Traveler, features the instrumentation of Black Prairie (membs. Of The Decemberists), Peter Buck and Scott McCaughey (membs. Of REM) and is Rhett’s seventh solo effort.

It is called The Traveler, and it was written and performed by Rhett Miller, along with members of Black Prairie, a band based in Portland that plays everything from bluegrass to klezmer to country and shares some members with the Decembrists. The band (Black Prairie) entered the studio with the singer (Rhett Miller) and briskly recorded the songs that make up this album (The Traveler). Some additional guitars were added later by people who included Peter Buck and Scott McCaughey. I pass these facts along for your absorption.