We are giving away a pair of tickets to Michael Schenker Fest @ Revolution Hall on April 21. To win, comment on this post why you’d like to attend. Winner will be drawn and emailed Friday, April 19. 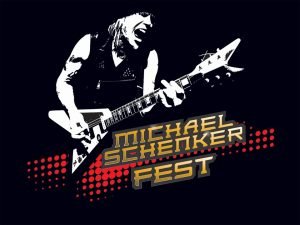 Michael Schenker reunites with the three original MSG singers to play a retrospective of greatest hits. Do not miss this once in a lifetime chance to see these legends together on one stage: Gary Barden, Graham Bonnet & Robin Mcauley (vocals), plus Doogie White (Michael Schenker’s Temple of Rock,) Chris Glen (Bass), Ted McKenna (Drums), & Steve Mann (Guitar/Keys).

At a young age, Schenker lent his very special sound to the Scorpions, the hard rock group founded by his brother Rudolf Schenker in 1965. Schenker eventually went on to join the British rock band UFO as lead guitarist and then founded his own projects including the Michael Schenker Group (MSG.) After years of creating hard rock hits, Michael Schenker and Michael Schenker Fest regrouped to record a new album which was released on Nuclear Blast in early 2018 and have been performing select reunion dates around the U.S. to bring a special experience to all of the fans.