We are giving away a pair of tickets to Avenue PDX, the Musical! @ Funhouse Lounge on April 11. To win, comment on this post why you’d like to attend. Winner will be drawn and emailed Monday, April 8. 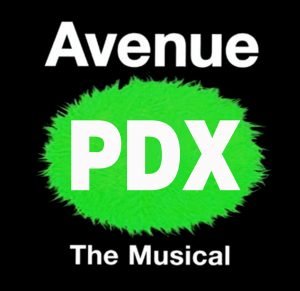 Avenue PDX the Musical is the hilarious and heartfelt story of Jack, an optimistic college grad who’s gonna change the world… but first he’s gotta find an apartment in Portland. He can only afford to live on Avenue PDX, but that’s OK. His neighbors are a bunch of quirky, woke Portlanders, each doing their part to keep their city Weird.

The story, as well as the songs, are created new every night by a cast of human and puppet characters, based on audience suggestions.