We are giving away a pair of tickets to Cass McCombs @ Aladdin Theater on March 27. To win, comment on this post why you’d like to attend. Winner will be drawn and emailed Monday, March 25. 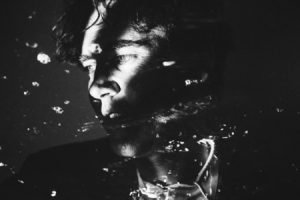 Over the past decade, Cass McCombs has established himself as one of our premier songwriters. It’s a career that has twisted and turned, from style to subject, both between records and within them. Diverse, cryptic, vital and refreshingly rebellious — just when you think you have him pinned down, you find you’re on the wrong track.

However, Mangy Love, his Anti Records debut, is McCombs at his most blunt: tackling sociopolitical issues through his uniquely cracked lens of lyrical wit and singular insight.

McCombs uses himself as a mirror to misguided and confounding realities, confronting them head-on: “Rancid Girl” reads like a ZZ Top study in Kardashian politics, “Run Sister Run” a mantra for a misogynistic justice system, “Bum Bum Bum” displays a racist, elitist government through the allegory of sadistic dog breeding; the album is sewn together by a common thread of ‘opposition,’ most directly articulated in “Opposite House”, with allusions to mental illness. ‘Laughter Is The Best Medicine’ provides a possible recipe for healing, with the help of an authentic medicine man, the legendary Rev. Goat Carson. The severity of his lyrics is contrasted by the music, which ventures into groovy realms of Philly soul, Norcal psychedelia and New York paranoia punk, articulating the spontaneity and joy of his live show better than ever before.