We are giving away a pair of tickets to RY X @ Aladdin Theater on April 1. To win, comment on this post why you’d like to attend. Winner will be drawn and emailed Monday, March 25. 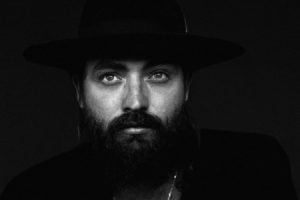 The power of quietly intense, passionate music to pull audiences in to an intimate space is something this Australia-born, LA-based singer excels at. After the break-out success of his minimalist EP “Berlin”, Ry notched up a string of sold-out shows across Europe, the US and Australia including both the Union Chapel and Shepherds Bush Empire in 2016 alone.

Nurtured into shape over months of – Ry says – “hibernation” and “emotional sweat” in the mountains north of LA, Ry’s debut album Dawn (2016) was a sublime study in devotional songcraft from a singer who seemed both awed by and in command of its elemental emotions.

Growing up in a small town in the periphery of London, guitar and piano were a big part of Charlie’s life.

“The whole ability to write songs is probably in a lot more people than they think. A lot of people can probably do it; it’s just hard knowing how to start,’ he admits. “I think what slowed me down was just over-thinking every possible thing. So now I know that if something feels right to just trust that.”

After a few years gigging and finding his feet in Oxford he left for Seville and ended up staying for two years. It was here he explored the different attitudes towards the guitar, and developed a fresh technique that was a catalyst for his creativity. Taking the percussive qualities of flamenco, his playing became sharp enough to craft songs laden with delicate flourishes, intricate melodic turns, and moments of stark introspection. His work continues to be both expansive and intimate.