We are giving away a pair of tickets to Y La Bamba @ Revolution Hall on February 9 . To win, comment on this post why you’d like to attend. Winner will be drawn and emailed Monday, February 4 . 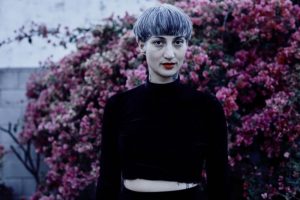 Luz Elena Mendoza’s story is one sung to her ancestors and humanity, exploring a faith that is greater than just religion, and a life of metamorphosis and awakening.

Born in San Francisco as a first generation daughter of immigrant parents from Michoacan Mexico, she spent her childhood raised by the melodies and stories that were being told through traditional Mexican folk songs.

From the intimate, contemplative verses in her native-language, to the revelations of the history in her roots, her story is delivered with poise. Mendozas poetic expression is raw, and ever evolving.

These songs are a soundtrack built for coming to grips with, not just one’s own mortality, but the fragility of the world, presenting sounds that carry the realness of ancestral trauma and the search of identity.