We are giving away a pair of tickets to Rita Wilson @ Aladdin Theater on October 7. To win, comment on this post why you’d like to attend. Winner will be drawn and emailed Friday, October 5. 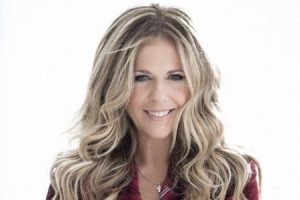 Although Rita Wilson is a well-known as an actress (It’s Complicated, Sleepless in Seattle, a recurring role in CBS’s The Good Wife, HBO’s award-winning series, Girls and, most recently on Broadway in Larry David’s smash hit, Fish in the Dark), and as a film producer (Mamma Mia! and its sequel Mamma Mia! Here We Go Again, My Big Fat Greek Weddingand its sequel, My Big Fat Greek Wedding 2, for which she co-wrote and performed “Even More Mine”), her first love is music.

In May 2012, Wilson realized a lifelong dream with the debut of her solo album AM/FM. The album, released by Decca/Verve Records, is an intimate, elegant and beautifully sung collection of covers of her favorite songs from the ‘60s and ‘70s. Since the release of AM/FM, Wilson has been focusing on a new component of her musical career as a songwriter. In March 2016, she released her self-titled second album, showcasing her skill for creating insightful, eloquent singer-songwriter pop music that is etched with stunning honesty. For two years prior to the release, Wilson worked with a host of the finest award-winning and best-selling songwriters and producers in both Los Angeles and Nashville. This new material was prominently featured in her two-week residency at the famed Café Carlyle in New York City. “Ms. Wilson has a catch in her voice that conveys yearning and potential heartbreak behind a façade of cheer. As a stage performer, she is gregarious and forthright; a natural entertainer,” said The New York Times. In June 2016, Wilson toured with Rock and Roll Hall-of-Famers Chicago, one of the bestselling bands of all time, with over 100 million albums sold.