We are giving away a pair of tickets to Ural Thomas & The Pain – Album Release Show @ Aladdin Theater on September 29. To win, comment on this post why you’d like to attend. Winner will be drawn and emailed Monday, September 24. 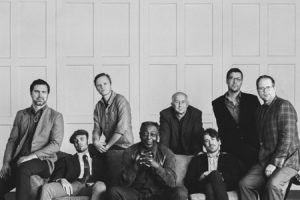 If life was at all fair Ural Thomas would be a household name, his music slotted into countless sweet, seductive mixtapes between James Brown, Otis Redding, and Stevie Wonder (all of whom Thomas has performed with.) Straddling the line between hot soul shouter and velvety-smooth crooner, Thomas released a few singles in the late 60’s and early 70’s; most notably “Can You Dig It”, which featured backing vocals from soul luminaries Merry Clayton, Mary Wells and Brenda Holloway. Thomas played over forty shows at the legendary Apollo Theater before turning his back on an unkind business and heading home to Portland, OR.

It goes without saying that a man practically built out of rhythm would never stop playing music. Thomas began hosting a regular Sunday night jam session at his home that ran for nearly twenty years. A de facto mentor to many of the younger players, Thomas reminds us all that “If you care about what you’re doing, you need to build those muscles and do the work. Don’t get discouraged, do it for love. Even if you’re digging ditches, do it with passion.”