We are giving away a pair of tickets to George Clinton & Parliament Funkadelic @ Crystal Ballroom on September 2. To win, comment on this post why you’d like to attend. Winner will be drawn and emailed Friday, August 31 . 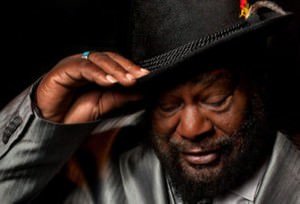 George Clinton is one of the foremost innovators of funk music, and was the mastermind behind the bands Parliament and Funkadelic. Clinton was inducted into the Rock and Roll Hall of Fame in 1997 with 15 other members of Parliament-Funkadelic.

Clinton started his career with the Parliaments, a barbershop doo-wop ensemble, which scored a major hit with “I Wanna Testify” in 1967. Clinton then began experimenting with harmonies, melody, and rhythm, and taking cues from the psychedelic movement, forever setting himself apart from the Motown era.

By the early 1970s, the group’s tight songs evolved into sprawling jams around funky rhythms. They dropped the “s” from the band name and Parliament was born. Around the same time, Clinton spawned Funkadelic, a rock group which fused psychedelic guitar distortion, bizarre sound effects, and cosmological rants with danceable beats and booming bass lines. Funkadelic recorded a number of influential concept albums, including Free Your Mind and Your Ass Will Follow, Maggot Brain, and America Eats Its Young.