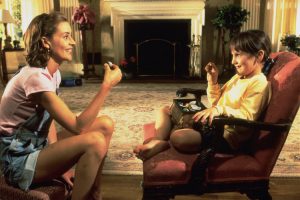 SYNOPSIS:
This filmic adaptation of Roald Dahl’s Matilda encapsulates what the world is like through a child’s eyes. In Matilda’s world, adults are untrustworthy and the magic of books is overwhelmingly powerful. Directed by and starring Danny Devito, Matilda depicts a whimsical storybook world through its bright visuals and exaggerated characters. Evoking a similar childhood nostalgia, The Sandlot takes you to the summer of ‘62 following the story of a young boy named Scotty Smalls. Having recently moved into a new neighborhood, Smalls finds himself among eight boys who are part of a local baseball team. Following the team on their summer adventures at the sandlot will warm your heart and call back to more carefree days.