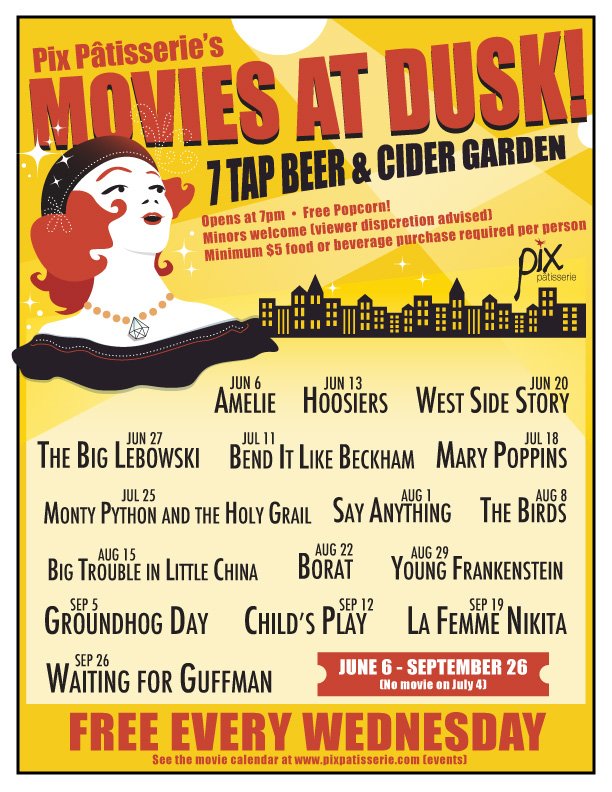 What better way to spend a hot summer Wednesday night than watching The Big Lebowski on the big outdoor screen with a cool, craft beer? Each Wednesday at dusk (approximately 8-8:30PM depending on the week) Pix will be showing a classic movie in our outdoor courtyard.