We are giving away a pair of tickets to Transviolet @ Mission Theater on June 28. To win, comment on this post why you’d like to attend. Winner will be drawn and emailed Monday, June 25. 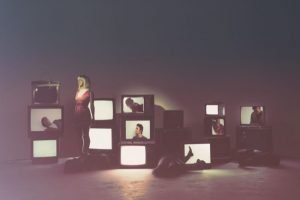 Transviolet has appeared on The Late Late Show with James Corden (twice) and The Today Show. They have toured nationally with Mikky Ekko and LANY, and toured the UK with Twenty One Pilots. They’ve played the festival circuit including SXSW, Governor’s Ball, Firefly, Read and Leeds, Great Escape and more, generating over 20+ million spins on Spotify.

Meanwhile, they garnered widespread acclaim from i-D, Nylon, Los Angeles Times, The Guardian, Noisey, Billboard, and many more. In 2017, they released their softmore EP “Kaleidoscopes” paired with videos for “The Hamptons”, “Astronaut”, “Kaleidoscopes” and “Pretty Head”. In 2017, they performed on The Today Show and for MTV, Billboard and Baeble Music while quietly creating this latest body of work.

Magic Bronson
Known for their stupefyingly uncategorizable blend of pop, hip hop, alternative and dance music, Magic Bronson create a sound that is uniquely their own. Los Angeles natives Michael Nicastro and Matthew Lieberman deliver huge, stadium filling anthems that sweat with sonorous vocals and groove-laden bass, appealing to fans of Phantogram, Alt-J and The Gorillaz.