We are giving away a pair of tickets to Noname & BJ The Chicago Kid @ Crystal Ballroom on April 20. To win, comment on this post why you’d like to attend. Winner will be drawn and emailed Monday, April 16. 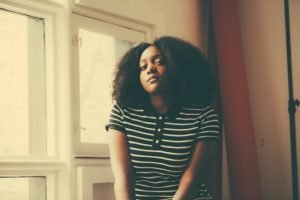 Noname (born Fatimah Warner) is an American artist from Chicago, Illinois, who blurs the lines of poetry and rap through the music she creates. Growing up on the southside of Chicago, she became enamored with poetry and spoken word, pouring over Def Poetry Jam clips on YouTube and attending open mics around the city. Noname regularly attended and performed at an open mic at Harold Washington Library,YouMedia’s Lyricist Loft. Her debut, ​Telefone​, has gained critical acclaim, with a rave review in Pitchfork and praise from major outlets like Rolling Stone, Complex, and Dazed & Confused.

It’s been a long time coming for BJ the Chicago Kid, and not just because, after four mixtapes and one indie classic, he’s now dropping his major-label debut on Motown, the modern yet deeply soulful ​In My Mind​. You’ve been hearing his voice everywhere though, on the songs by some of the greatest artists of our era (punctuating tracks by Dr. Dre, Kanye West, Kendrick Lamar, Mary J. Blige, Kehlani and ScHoolboy Q’s Grammy Award-nominated smash “Studio.”). Notable Collaborations include Vic Mensa, Chance The Rapper, Dom Kennedy, Freddie Gibbs, Ty Dolla $ign, Xzibit and, most recently, OG Maco, Joey Bada$$ and Hannibal Buress. But go back even farther and you’ll find BJ was fated for this life.