We are giving away a pair of tickets to PJ Morton & Leela James @ Portland’s Aladdin Theater on April 20. To win, comment on this post why you’d like to attend. Winner will be drawn and emailed Monday, April 16. 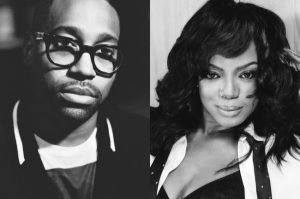 Grammy award winning R&B artist PJ Morton comes to Portland on April 20th, 2018 with soul singer Leela James to play the Aladdin Theater as part of the 9th annual 2018 Soul’d Out Music Festival. Morton’s singing, songwriting, producing, and as a multi-instrumentalist has spanned collaborations with Adam Levine and Maroon 5, Lil Wayne, & Busta Rhymes. His critically acclaimed New Orleans, earned a 2014 GRAMMY® Award nomination in the category of “Best R&B Song” for the track “Only One” [feat. Stevie Wonder]. In addition to his work on Maroon 5’s multi-platinum Overexposed and V, Morton has written and produced for some of R&B’s most recognized names including BJ The Chicago Kid, Jermaine Dupri, Monica, and India.Arie.

Morton made his literary debut in 2009 with Why Can’t I Sing About Love? He was also a music director for Solange following the release of her critically acclaimed A Seat At The Table. Portland can expect to hear his latest work and fifth studio album, Gumbo — released on his own
label, Morton Records. In 2018, this album was Grammy nominated for Best R&B Album and his single, “First Began” was nominated for Best R&B Song. R&B/Soul singer-songwriter Leela James is currently touring her 2017 album, Did It For Love. She’ll be performing songs off of this album, as well as 2014’s Fall For You. James has received many accolades including Outstanding New Artist at the NAACP Image Awards and Best R&B/Soul New Artist at the Soul Train Music Awards.