We are giving away a pair of tickets to Desert Daze Caravan II @ Crystal Ballroom on May 10. To win, comment on this post why you’d like to attend. Winner will be drawn and emailed Monday, April 30. 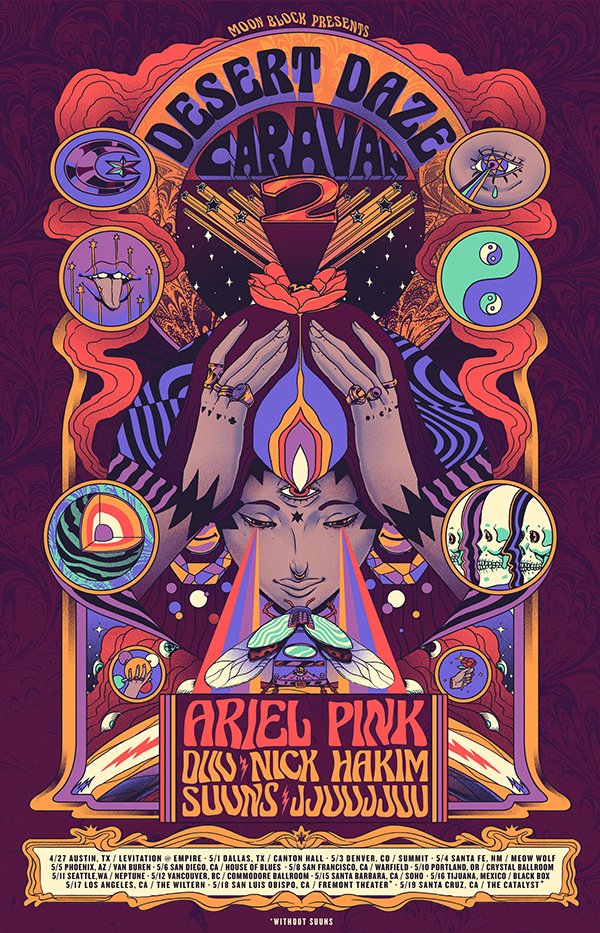 Desert Daze Caravan is back! The traveling version of what Noisey calls “America’s Answer to Glastonbury” is hitting the NW and SW United States this spring with Ariel Pink, DIIV, Nick Hakim, SUUNS, JJUUJJUU and projection artists to be announced. Plan ahead, get there early, and prepare for lift off.

DIIV
DIIV is the nom-de-plume of Z. Cole Smith, musical provocateur and front-man of an atmospheric and autumnally-charged new Brooklyn four-piece.

Recently inked to the uber-reliable Captured Tracks imprint, DIIV created instant vibrations in the blog-world with their impressionistic debut Sometime; finding it’s way onto the esteemed pages of Pitchfork and Altered Zones a mere matter of weeks after the group’s formation.