We are giving away a pair of tickets to An Evening with Anders Osborne & Todd Park Mohr (Big Head Todd) @ Aladdin Theater on April 7. To win, comment on this post why you’d like to attend. Winner will be drawn and emailed Monday, April 2. 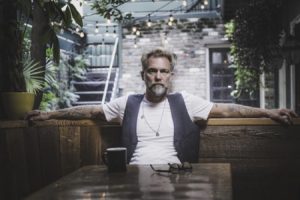 “Rich and glorious…Osborne possesses a voice that rises out of the darkness to the light of a soulful, tremulous wail. He is a consummate showman and shaman, bending successive moments to suit his majestic purposes. Osborne seeks an epic quality to much of his music, crafting layer upon layer of hugely scaled soundscapes.…never lazily derivative…every slashing guitar figure, every cry of a lyric, seems to come from an authentic place.” — New Orleans Times-Picayune

Between the potency of his richly detailed songwriting, his intensely emotional, soulful vocals and his piercing, expert guitar work, New Orleans’ Anders Osborne is a true musical treasure. He is among the most original and visionary musicians writing and performing today. Guitar Player calls him “the poet laureate of Louisiana’s fertile roots music scene.” New Orleans’ Gambit Weekly has honored Osborne as the Entertainer Of The Year. OffBeat named him the Crescent City’s Best Guitarist for the third year in a row, and the Best Songwriter for the second straight year. Osborne also won Song Of The Year for his composition, Louisiana Gold.

“I love the way this record comes out stout and determined right out the gate, a four-piece rock & roll band making beautiful and conquering noise,” says Osborne. “The producer, Mark Howard, has a way of making you play in the moment and being confident. His sounds and engineering style is that of classic records, with his own special sauce of ‘haunting’ on top of it. The musicians on here are undoubtedly some of my absolute favorites in the world, both as players and as people. Their contributions are invaluable. Scott Metzger, Brady Blade, Carl Dufrene, Chad Cromwell, Marc Broussard, David LaBruyere, Rob McNelley & Justin Tocket. Bad boys! I’ve been wanting to make this record for several years and I am stoked it’s finally here.”

A powerful live performer, the musician has won over fans through non-stop touring as well as a heralded collaboration with the North Mississippi Allstars & Southern Soul Assembly.

Jambands.com said, “Osborne finds a striking balance of muscle and grace that allows for the smaller moments of quiet to be just as resounding as the sonic booms.” And USA Today has praised his music, saying “The relentless approach amplifies the anguished lyrics, which appear to be about the death of a loved one or a relationship torn asunder or perhaps a spiritual crisis.” In a review of Spacedust & Ocean Views, Boulder Weekly said the album “finds the guitarist in a (largely) reflective mood, an extended meditation on place and moments in time, memory, passages through and exits from paragraphs in the non-fiction docudrama of life. Through languid, gently formed figures, Osborne coaxes odes of gratitude and compelling imagery in what seems a little like a travelogue — like watching his kid chasing seabirds on the beach…”

Osborne has earned hordes of new fans. He has toured virtually non-stop, either with his own band, as a solo artist, or as a guest with his countless musical admirers, including Toots and The Maytals, Stanton Moore, Derek Trucks, Warren Haynes, Keb Mo, The Grateful Dead’s Phil Lesh, Jackie Greene and Karl Denson’s Tiny Universe. He’s produced and played on critically acclaimed albums by Tab Benoit, Johnny Sansone and Mike Zito.

Since his recording debut in 1989, Osborne has written virtually all of his own material and contributed memorable songs to a wide variety of artists. Two tunes co-written by Osborne appear on Keb Mo’s Grammy-winning 1999 release Slow Down. Country superstar Tim McGraw scored a #1 hit with Anders’ song Watch The Wind Blow By. Osborne’s compositions have been covered by artists as diverse as Brad Paisley, Tab Benoit, Jonny Lang, Edwin McCain, Sam Bush, Trombone Shorty and Aaron Neville and Kim Carnes. His songs have appeared in multiple feature films. He can also be seen performing in an episode of HBO’s New Orleans-based drama, Treme.

Todd Park Mohr is the lead singer, guitarist, and songwriter for the rock band Big Head Todd and the Monsters.

Founded in Colorado in 1986, Big Head Todd and the Monsters (BHTM) catapulted out of the mountain states and into the national spotlight. With chart-topping singles and engaging live shows, BHTM has sold over three million albums and packed major venues worldwide, including selling out their home state’s historic Red Rocks Amphitheatre seven times, most recently in 2012. Most importantly, they’ve done it the old-fashioned way: with excellent songwriting, scorching guitar and fearless genre melding.

On 2012’s “Last Summer on Earth Tour,” BHTM played some of the nation’s biggest arenas alongside Barenaked Ladies and Blues Traveler. In August 2012, the band presented its inaugural Ride Festival in Telluride, CO. The lineup included Ben Harper, Lucinda Williams and The Lumineers, among others. At the 2nd Annual Ride Festival in July the lineup featured David Byrne and St. Vincent, Rodrigo y Gabriela, Cake and more.

BHTM are giving their fans exactly what they want in 2016. They just finished up their winter tour with cross-country stops at intimate theaters, and two full sets every night. This summer BHTM sold-out their headlining show at Red Rocks Amphitheatre with special guest Dwight Yoakam. You can currently catch BHTM on a very special tribute tour with blues greats Mud Morganfield, Billy Branch, Ronnie Baker Brooks, and Erica Brown as Big Head Blues Club; performing the songs of Willie Dixon.The longevity of BHTM’s career is a testament to the quality of the music. More than a quarter of a century later, fans are still convinced that the best is yet to come.