We are giving away a pair of tickets to on March 9. To win, comment on this post why you’d like to attend. Winner will be drawn and emailed Monday, March 5. 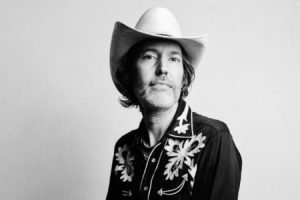 Acclaimed songwriter and guitarist David Rawlings will release his freshly pressed third album, Poor David’s Almanack, on August 11th via Acony Records. For Poor David’s Almanack, Rawlings leaves the Dave Rawlings Machine moniker behind and serves up a wry mixture of acoustic and electric music rich in ageless American vernacular. The album of ten new songs was crafted by studio wizards Ken Scott (Beatles, David Bowie) and Matt Andrews on analog tape during a week of sessions at legendary Woodland Sound Studios in Nashville, Tennessee. Rawlings and longtime compatriot Gillian Welch joined together with Willie Watson, Paul Kowert, Brittany Haas, Ketch Secor, and Taylor and Griffin Goldsmith of Dawes to produce an album for all seasons.

This release marks the 8th studio collaboration between Gillian Welch and David Rawlings. Their creative partnership spans over two decades and includes the GRAMMY-nominated The Harrow and the Harvest (2011), the much lauded and latest Rawlings release, Nashville Obsolete, which landed on numerous 2015 year-end bestof lists, and the 2001 GRAMMY-nominated masterpiece Time (The Revelator). All releases are available on Acony Records, the independent label they founded in 2001. In recognition of their remarkable career, Welch and Rawlings were honored with the Americana Lifetime Achievement Award for Songwriting in 2015 and the Berklee American Masters Award in 2016.