We are giving away a pair of tickets to The Jauntee @ The Goodfoot on March 1. To win, comment on this post why you’d like to attend. Winner will be drawn and emailed Wednesday, February 28 . 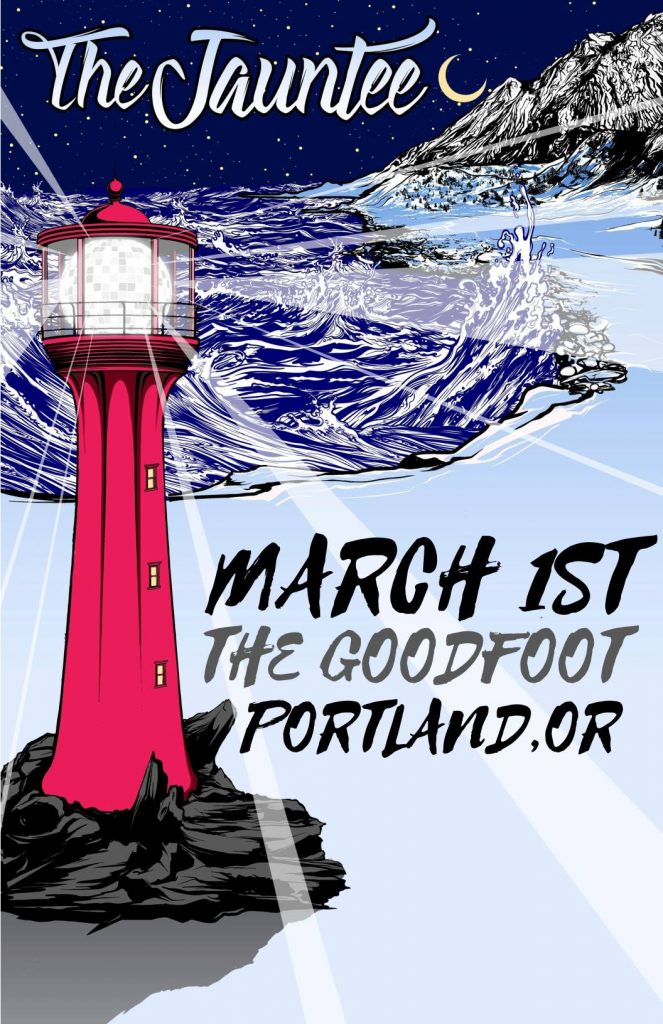 Averaging over one hundred shows a year — The Jauntee has quickly made a name for themselves in the New England music scene. Hailing from Boston, they’ve solidified a dedicated following in the Northeast, playing most staple venues in the area (ie. Paradise Rock Club, Nectar’s, The Spot Underground, Stone Church). Several New England festival appearances (ie. Catskill Chill, StrangeCreek, Disc Jam) and extensive touring down the East Coast and across the Midwest have given them Nationwide recognition, with sold out shows as far west as Denver, CO (Quixote’s). A focus on live improvisation, set list variety, and musical exploration makes every show different from the last, truly making The Jauntee a live act to see again and again.

Drawing influence from a wide variety of bands, The Jauntee’s improvisational landscape spans multiple genres, including: Funk/Rock/Jazz/Progressive/Bluegrass/Psychedelic and Ambient music. Their willingness to explore genres, abandon all song structure, and dive into ‘the weird’ sets them apart from your average upcoming Jam Band. They aim to push the boundaries of improvisation, embrace the moment and engage the audience. With an ever-expanding song catalog and an inclination for open ended improvisation, every show promises to be a unique experience. $8