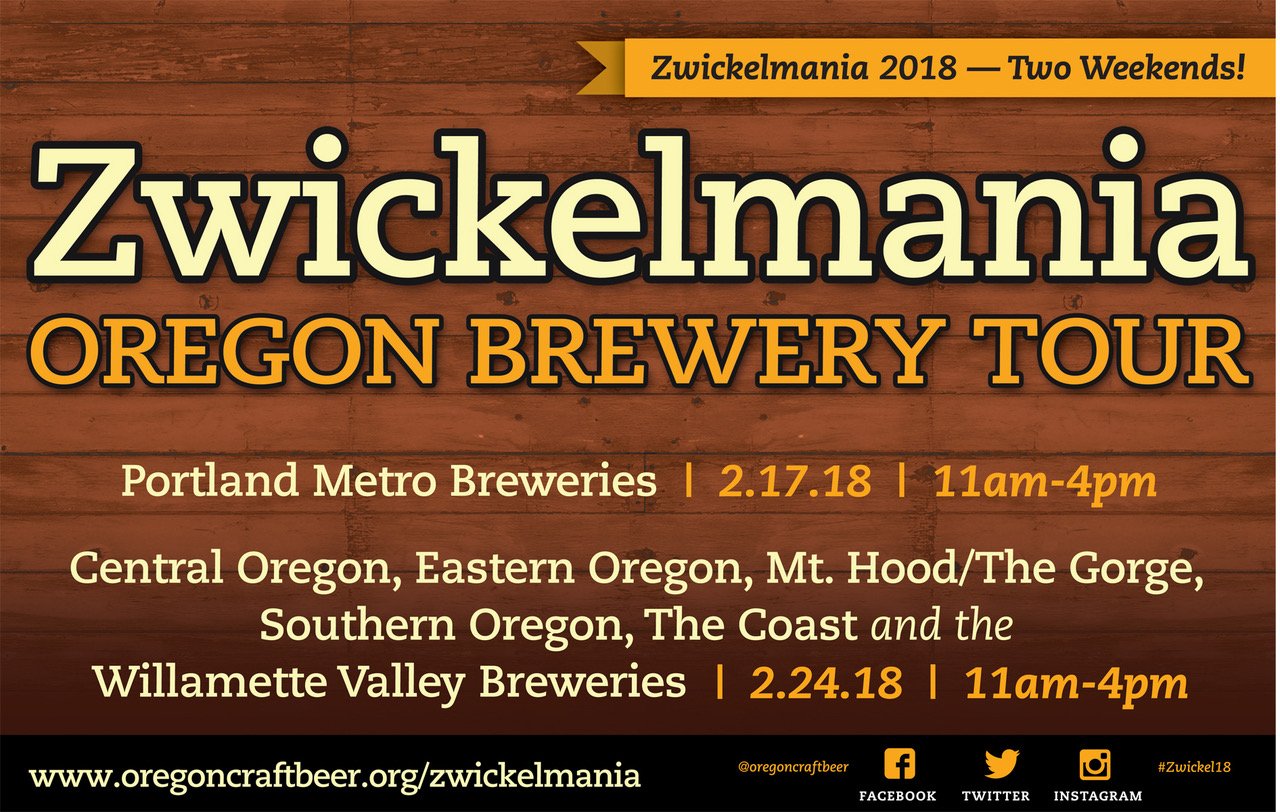 Zwickelmania, the annual event in Oregon when breweries open their doors to the casual and hardcore beer fans has expanded this year to two weekends featuring 150+ breweries across the state! 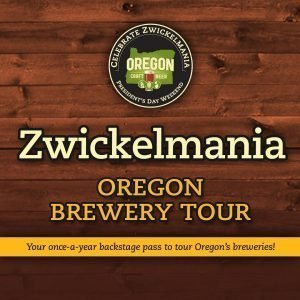 Ten years ago, three-dozen Oregon breweries opened their doors on a Saturday in February for the first-ever Zwickelmania, a free statewide craft beer celebration that allowed visitors to tour Oregon breweries, meet the brewers and sample beers. About 4,000 craft beer fans took part in the inaugural event, which was designed as a way to promote Oregon’s craft beers and the brewers who make them.

This year, the 10th annual Zwickelmania will span two different weekends to accommodate the estimated 150 breweries that will participate around the state. Over 60 Portland Metro area breweries will kick off the event on Feb. 17, while breweries across six more Oregon regions – Central Oregon, Eastern Oregon, Mt. Hood/Columbia River Gorge, Oregon Coast, Southern Oregon, and Willamette Valley – will welcome guests the following Saturday, Feb. 24. More than 30,000 visitors are expected to attend the free event, which runs from 11am to 4pm both days.

“It’s amazing to see how the scope of this event has grown in the last decade,” explained Brian Butenschoen, executive director of the Oregon Brewers Guild, which puts on the annual event. “Oregon drinkers strongly support their local brewers, and by spreading Zwickelmania out over two Saturdays, it allows beer lovers more opportunity to explore breweries across the state.”

Zwickelmania is named in honor of the zwickel, a screw valve that mounts on the outside of fermentation or conditioning tanks and allows brewers to sample the beer inside for quality assurance and control. Similarly, Zwickelmania offers a unique opportunity to taste beers where they were produced and interact with the brewers who created them. Last year, more than 30,000 people toured 128 participating breweries statewide.

Visit the Oregon Brewers Guild’s Zwickelmania event page for a regularly updated list of participating breweries and cities in Oregon’s seven brewing regions, as well as maps, brewery listings and itineraries that can be viewed online or printed out.

About the Oregon Brewers Guild