We are giving away a pair of tickets to Mike Dillon Band, Amandla Featuring Claude Coleman, Jr. (Ween) @ The Goodfooton February 15. To win, comment on this post why you’d like to attend. Winner will be drawn and emailed Wednesday, February 14. 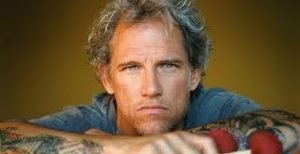 How many artists have been praised a “punk rock provocateur,” “jazz vibraphone visionary,” and “percussion virtuoso” in the same sentence? There’s only one: Mike Dillon. Whether through his affiliation with artists like Les Claypool, Primus, Rickie Lee Jones, and Ani Difranco, or collaborations such as Nolatet, Garage a Trois, The Dead Kenny G’s, Critters Buggin or bands he has led, including Mike Dillon Band, Mike Dillon’s New Orleans Punk Rock Percussion Consortium, Billy Goat and Hairy Apes BMX, the Texas-native has set his own standard for 25 years now. life-is-not-a-football-600×600 Over the past decade, Mike Dillon has released a number of acclaimed albums, intertwining a range of influences from Zappa-esque eccentricity to Fishbone punk funk, D.C. Go-Go to Milt Jackson-influenced vibraphone majesty. Never before, however, has he recorded music so personal and committed to a sustained mood as his latest album, Functioning Broke. The recording finds Dillon solo on vibraphone and various percussion, building each track into its own minimalist, but multi-dimensional auditory landscape.

The current version of the Mike Dillon Band features guitarist Cliff Hines, Bassist Nathan Lambertson and a rotating cast of drummers including Claude Coleman Jr. (Ween), Simon Lott, G. Maxwell, Doug Belote and Paul Thibodeaux. With this line up, Dillon has continued exploring the connection between New Orleans street beats, Ska, funk, Hardcore and jazz. The band will release a new record in February 2017 titled, “Life is not a Football.” Produced in New Orleans by Richard Maloney and Dillon with engineers Rick Nelson and Robert Mercurio, this album sounds like a Spotted Cat trad band that grew up playing Dead Kennedys and invited Captain Beefheart over for a dinner cooked by Thelonious Monk. The Mike Dillon Band has supported acts like Galactic, The Revivalists, Clutch, Primus, and Fishbone, while continuing to play music festivals and in cities across the U.S.

Amandla is the music and group of Claude Coleman Jr., familiarly known as the perversely versatile, original drummer for the group Ween. His 25-year discography stretches across an eclectic array of artists and players throughout the NY/NJ area and beyond. Amandla is CCJ as singer-songwriter. On record he is performing all instruments, engineering and producing. Live, he is Amandla’s frontman and guitarist. $15