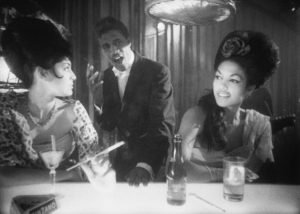 Kalatozov’s final film endeavor chronicles the socialist revolution of Cuba. Although often read as propaganda agitprop, visually the film extends far beyond that premise. The cinematographer Sergei Urusevsky believed in what he called the “emotional camera,” a hand held technique that uses constant movement to express the feelings of the characters. Across four different vignettes surrounding the revolution, the camera seamlessly makes its way through the city by use of wires and pulleys that allowed it to float through buildings at impossible angles, creating a technique that was far ahead of its time. Despite its innovation, I Am Cuba did not receive a positive response from the citizens of Cuba or the Soviet Union after it was released due to its portrayal of politics. The print was put away in storage until its rediscovery in 1991 when Martin Scorsese and Francis Ford Coppola helped fund the film’s restoration, admiring the film for its “potential to inspire young people due to the perseverance and creativity that Kalatozov and Sergey Urusevsky had during the making of the film” (Scorsese). Any aspiring film critic, historian, cinematographer or director can draw inspiration from I Am Cuba and its continuous, innovative and breathtaking imagery. We are proud to present this piece of cinematic poetry on 35mm!