We are giving away a pair of tickets to Tori Amos – Native Invader Tour @ Hult Center for the Performing Arts on November 25. To win, comment on this post why you’d like to attend. Winner will be drawn and emailed Monday, November 20. 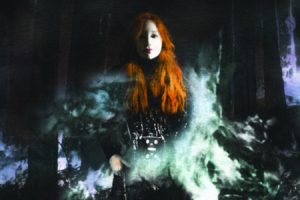 Hult Center for the Performing Arts
1 Eugene Center, Eugene, OR 97401

Tori Amos is one of the most successful, prolific and influential artists of her generation. Native Invader is Tori’s fifteenth studio album, following 2014’s Unrepentant Geraldines – her eighth Billboard Top 10 album — and will be made available in various physical and digital configurations, as well as vinyl later this fall. The physical CD package will be available in standard as well as deluxe offerings; the latter includes a hardcover book and two bonus tracks. Native Invader’s evocative album cover art was unveiled over Tori’s social media platforms on July 6th.

“The songs on ‘Native Invader’ are being pushed by the Muses to find different ways of facing unforeseen challenges and in some cases dangerous conflicts. The record looks to Nature and how, through resilience, she heals herself. The songs also wrestle with the question: what is our part in the destruction of our land, as well as ourselves, and in our relationships with each other?

In life there can be the shock of unexpected fires, floods, earthquakes, or any cataclysmic ravager – both on the inside and outside of our minds. Sonically and visually, I wanted to look at how Nature creates with her opposing forces, becoming the ultimate regenerator through her cycles of death and re-birth. Time and time again she is able to renew, can we find this renewal for ourselves?”

A pioneer across multiple platforms, Tori was the first major label artist to offer a single for download. Nominated for multiple Grammy Awards, she has had her songs turned into graphic novels and has produced ground-breaking videos throughout her career. In late 2016 she released the title song ‘Flicker’ to the acclaimed Netflix documentary ‘Audrie and Daisy’, addressing issues of high school rape. A noted humanitarian, Tori is co-founder of RAINN (Rape, Abuse, and Incest National Network), which is the United States’ largest anti-sexual assault organization.