We are giving away a pair of tickets to Tony Hinchcliffe @ Aladdin Theater on September 1. To win, comment on this post why you’d like to attend. Winner will be drawn and emailed Monday, August 28. 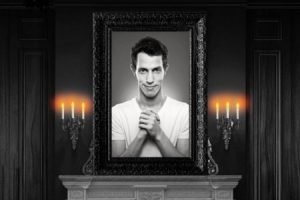 Tony started stand-up comedy at the world famous Comedy Store in Hollywood in 2007. An amazing comedy club known for being a hub of development, Tony used the darkness and freedom of the club to mend his trademark style of dark edgy jokes and seamlessly going in and out of material and crowdwork.

While constantly doing standup he has also written for the last five Comedy Central Roasts and hosts his popular live podcast KillTony. His popularity began to thrive in 2014 after becoming a regular guest on The Joe Rogan Experience. Tony’s first comedy special “ONE SHOT” is only available on Netflix.